A bunch of important, new fitness tech equipment was announced this week, with Garmin rolling out the Edge 530 and 830 bike computers and three new GPS watches — but Wahoo won't be left out of the conversation, because they just unveiled the new Element Roam. Basically, if you were a fan of the popular Wahoo Elemnt Bolt bike computer but you wished it had a color screen and built-in navigation, then the new Elemnt Roam will make you happy.

This is more than just an Elemnt Bolt with a few added tricks. For starters, the new Roam is larger. It has the same sized screen and two rows of LEDs like the original full-sized Elemnt. In fact, it's more fitting to think of the new Roam as an update to the original Elemnt. It has the same appealing aerodynamic industrial design as the Bolt, but in a larger form factor. 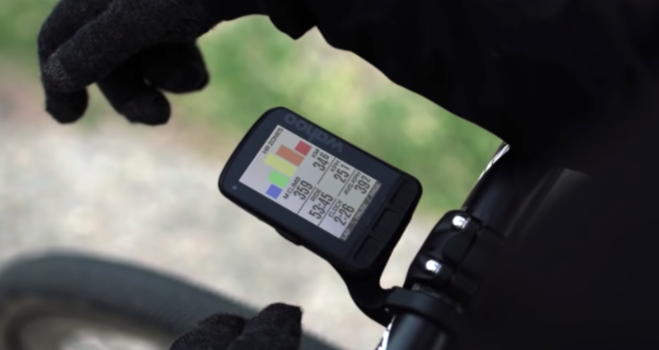 The aerodynamic design of the new Roam extends to the included accessories. It comes with an out-front bar mount that seamlessly blends with the body of the device to minimize wind resistance. You can choose to tighten an included locking screw on the mount that will fasten the Roam so it cannot be removed. This is necessary when weighing your bike at a UCI-sanctioned race, and it's also a handy theft deterrent. A mountain bike friendly stem mount is also included.

The display isn't just a colorized version of the one that comes in the original Elemnt, it's completely different and has a more advanced implementation within the device. Instead of being slightly sunken into the unit like the older designs, the screen on the new Roam is flush-mounted to the surface, which reduces glare and improves readability. Plus, the exterior of the screen is made with damage-resistant Gorilla Glass.

What isn't new on the Wahoo Elemnt Roam

All of the functionality found on the original Element and the Bolt is included on the Roam. This means that the much-loved companion smartphone app setup and integration is all there. Built-in auto-sync with SportTracks is also present on the new Roam, so when you complete a workout it will automatically be sent to SportTracks so you can use the best analysis and planning tools available.

The layout of the buttons on the Elemnt Roam are identical to the original Elemnt and the Bolt. In fact, if you know how to operate one of Wahoo's other bike computers, you will immediately be able to pick up a Roam and start using it. Like the older models, the display is intentionally not a touchscreen. Every command is carried out with button presses, so you never have to worry about liquids or bike gloves impeding your control of the device. 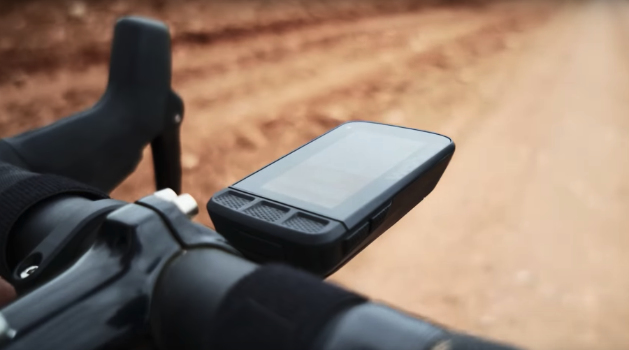 Even though much of the new Elemnt Roam feels familiar, the device has many new features that have never been on a Wahoo bike computer. Most of the new features revolve around the new navigation capabilities (except for the first one we cover below). Unlike Garmin bike computers that only come with maps of the geological region you buy them in, the Elemnt Roam comes preloaded with global maps of North and South America, Europe, Asia, and Oceania. You can also download maps of Russia and Africa if needed.

New ambient light sensor and backlight control - The new Elemnt Roam features an ambient light sensor, and the ability to set the unit to auto-adjust based on the available light. So, if you're riding along in bright, direct sunlight but suddenly ride into a dark tunnel, the Roam will detect the light change and automatically turn on the backlight of the display when you're in the dark. The sensor is also active and useful when riding indoors on a bike trainer

Get Me Started - This is a clever navigation feature that can help you get to the starting point of a route that you want to ride. Imagine you've got a ride that you want to do in a different location. When you drive to the location, the area where you can park your car is a bit out of the way from the route. The new "Route to Start" feature will tell you where to ride to get to the starting point of the main route you wanted to ride.

Saved Waypoints - Using the same scenario described above, before you pedal away from your car to get to your main route, you can save the location of where you parked your car on the new Elemnt Roam. This way, when you complete the route, you can easily pull up turn-by-turn instructions for how to get back to your car. Your saved locations show up as blue hearts on the map. This feature isn't perfect, though, because you currently cannot give your saved waypoints unique names (such as Home, etc.). The Roam automatically populates the route name with the closest street name.

On-demand Re-routing - When you're out riding a specific route, the Elemnt Roam can give you turn-by-turn directions to get back on route, should you accidentally take a wrong turn. This works exactly the same way re-routing works with automobile GPS navigation systems. If you get off course, it's no big deal. The Roam will simply recalculate your route and tell you where to go to get back on track.

Shortest route back to start - If you're out riding and you realize that you would rather get back to your starting point as quickly as possible, rather than following the original route which may have more twists and turns and additional milage, the Route To Start (Shortest Route) feature on the Elemnt Roam will do this for you.

Retrace Route - If you go out for a ride and just wander around following your bliss, you can use the Retrace Route feature to get back to the start. This will turn your ride into an out-and-back, because the Elemnt Roam will direct you turn-by-turn to follow the exact same route going back your original starting point.

Mountain bike route partnerships - The new Elemnt Roam features integrations with mountain biking apps. You can easily sync data from MTB Project and Singletracks to the Roam over WiFi or Bluetooth.

There's a lot to like in the new Elemnt Roam. The pure ease-of-use of Wahoo's mobile-first approach to bike computer control should be a big selling factor. The pot is sweetened with attractive features like the color screen, navigation, the 17-hour battery life, indoor KICKR smart trainer control and more.

When Wahoo released the original Elemnt, and later the Elemnt Bolt, they continued to refine the devices by updating the software and adding more and more features. This is going to be part of the story with the Roam as well, as a new, detailed elevation data feature is set to be released in June of this year. If you've been tempted by Wahoo's bike computer offerings in the past, the new Elemnt Roam is their most advanced product to date, and an excellent buddy to bring along on your cycling adventures.

Garmin's most popular bike computer gets a big update
What makes the Garmin 830 different from the 530?
SportTracks integrates with the Wahoo ELEMNT on iPhone + Android
Get SportTracks
Plan. Track. Analyze. Share.
All in one place.
Sign up